What's that you say?  What happened to the first day of spring? Well, the best laid plans... Last week, Jill strained a muscle in her abdomen.  She might have done it turning over in bed.  Or, she might have done it getting in the car.  We're not sure.  But, the pain was strong enough that Jill couldn't take a deep breath.  At first, we thought maybe she was going into labor.  Fortunately, we were already scheduled to see our doctor that day.  So, he was able to diagnose the muscle strain and send us home with some Vicadin.  Jill's been taking it easy ever since - sleeping a lot, only leaving the house for doctor appointments.  I've been at home with her since the middle of last week. After seeing Jill in so much pain last week, and after recording an elevated blood pressure, Dr. Zimmer decided that we should go ahead and schedule a C-section sooner rather than later.  He set it up for today at 7:30 AM.  So, sometime shortly after that, Jill and I will be new parents!!!  We couldn't be more excited - or nervous! We'll do our best to get word out when the time comes.  But, for those of you who'd like to call or drop by to check on us, we're delivering at Overlake Hospital in Bellevue.  The number is (425) 688-5351.  We'll probably be at the hospital through Sunday. Keep us in your thoughts!
I'm a slacker.  This I know.  It's been a very long time since I last published an update about Jill and the twins.  In my defense, I have been on the phone to many friends and family.  But, it's past time... So, let's start with some numbers: Jill says she's shooting for the first day of Spring!  And, you know what?  She might actually make it! She's doing great!  She's still working (some - from bed, mostly).  And, she's still able to do things around the house (despite my repeated requests to let me do it).  In fact, all of the medical professionals we talk to are astounded at how well she is doing, especially considering that there is now about 12 pounds of baby in her!  That's right - 12 pounds!  We learned today that baby A (the boy) is about 5 pounds, 2 ounces.  And, baby B (the girl) is a whopping 6 pounds, 13 ounces!  Though, Phil (our ultrasound guy) said that the measurements are probably a bit low for him and a bit high for her. This was our last "growth" ultrasound before the twins are born.  The next time we know their weight, they'll be on a scale in the delivery room.  It seems so far off, still.  But, it's just around the corner.  It could happen any time.  So, the bag is packed.  We're on pins and needles...
Well, this past Thursday, Jill and I had hoped to learn what gender our twins are during our monthly ultrasound. Jill was just finishing her 16th week, which is a little early to tell gender. Most singleton pregnancies don't learn gender until the 20th week. But, then, most singleton pregnancies aren't seeing the ultrasound technicians every month. Here are some pictures from our 10/18 ultrasound (click to enlarge): 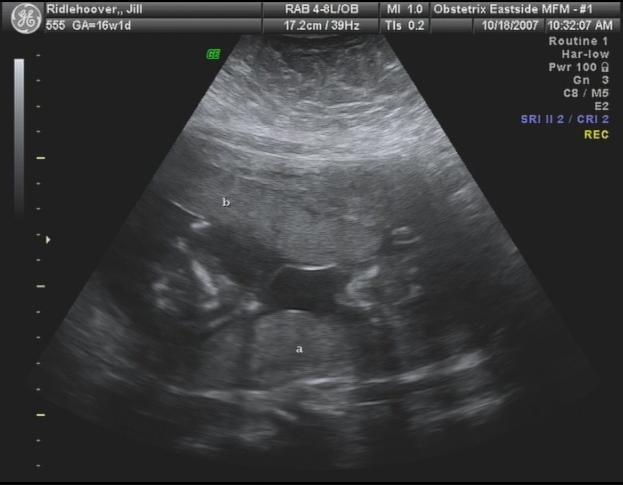 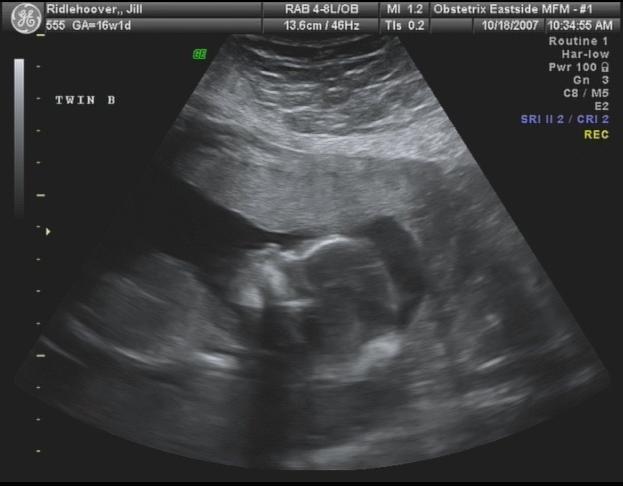 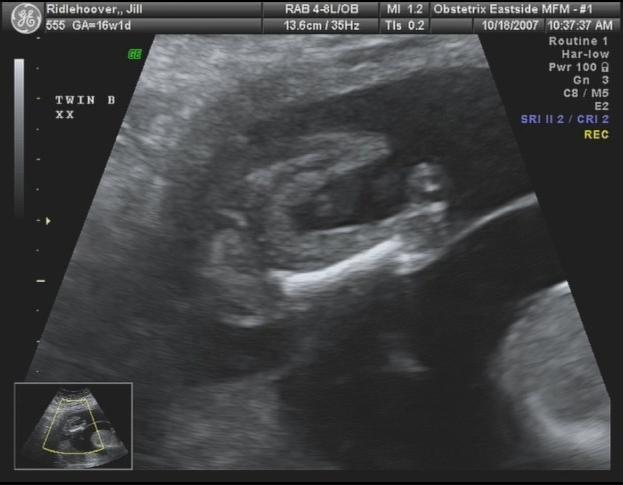 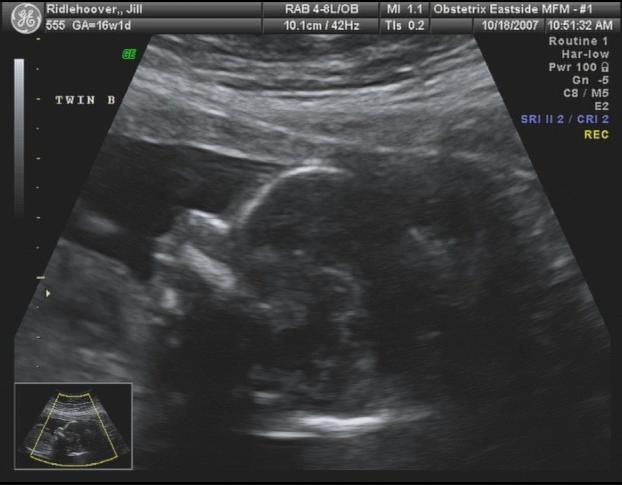 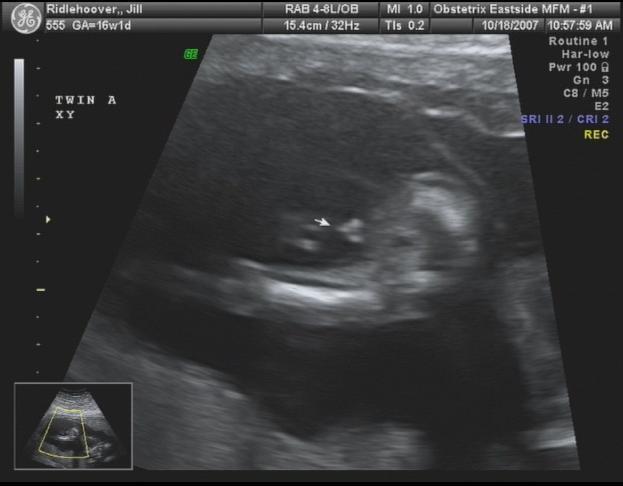 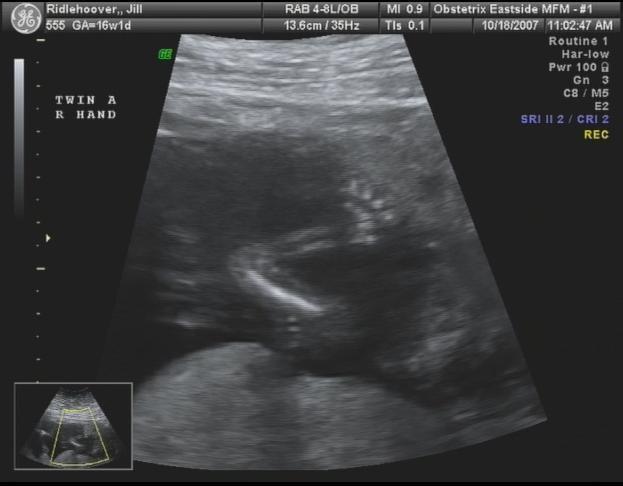