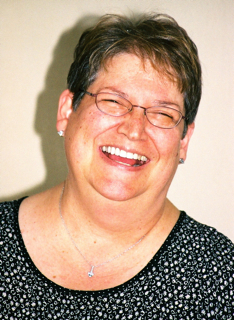 Barbara Ann Simon (Ridlehoover) BRADLEY died peacefully on February 13, 2009 in Issaquah, Washington of nonalcoholic liver disease and diabetes.  She was 61.  Born March 28, 1947 in Athens, Georgia, she grew up in a Marine Corps family, moving from coast to coast, and returning home to Georgia while her father was deployed overseas.  She graduated from Athens High and attended the University of Georgia before marrying her college sweetheart, Edward Ridlehoover, in 1966 and starting a family.  A devoted mother, she was a stay-at-home mom, playground monitor, den mother and PTA president.  She ran the annual craft bazaar for her sons' elementary school for several years, invariably staying up the night before to bake miniature loaves of banana and zucchini bread for her boys to sell while she manned a booth of her own full of crafts.  As her sons grew, she ventured out into the workforce, starting as a part-time teller and eventually becoming a credit union branch manager.  After graduating her sons from college and divorcing in 1998, she moved to Seattle to be near family and opened Tussie Mussies & More, a florist specializing in the English Garden style.  In 2001, Barbara met her true soul mate - a romantic Scotsman named James Bradley.  She and James married in 2003 and moved to the UK, where she spent three years as "the one with the charming accent."  Upon receiving worrisome medical news in 2006, James brought her back to the states where she was diagnosed with end-stage liver disease and told she would need a transplant.  Despite her best efforts, she was ultimately unable to regain the strength necessary to survive a transplant.  When she passed, she did so only after hearing her husband and sons together at her bedside sharing stories, tears and lots of laughter.  Barbara is survived by her devoted husband, James Bradley of Issaquah, WA; her sons, Alan (Jill / Hunter, Grace) Ridlehoover of Issaquah, WA and Mike (Kristie) Ridlehoover of Coeur d’Alene, ID; her parents, Anne and Frank Simon of Camano Island, WA; and her siblings, Dana Simon of Bend, OR, Joe (Linda) Simon of Central Point, OR, and Gina (Craig / Brian, Zak) Simon of Bellevue, WA.  A celebration of life is planned for late spring.  Details will be published on the web at http://ridlehoover.com/barbara.  Please consider a memorial donation to Providence Marianwood Foundation (where the need is the greatest) or Swedish Medical Center Foundation (Charity Care).