Hunter and Gracie turned two months old, today.  To celebrate, we took them to the doctor for a checkup.  The kids both received excellent marks from the doctor, and a poke in each leg from the nurse - one poke for DTP (diphtheria, tetanus and pertussis), another poke for Hib (bacterial meningitis).  Objections were heard and tears were shed.  But, Mom and Dad had bottles ready to help ease the pain. For the insanely curious, both babies grew overnight.  Here are their new dimensions: Hunter Grace In other words, Hunter gained half an ounce on Gracie overnight!  Oh, and note that the differences in percentiles are due to the differences in gender.  Boys are usually bigger than girls.  Also, it is important to point out that the percentiles are based on full-term singleton babies, which makes Gracie's size that much more amazing! Finally, we keep adding shots to our gallery.  Here are a couple of the latest: 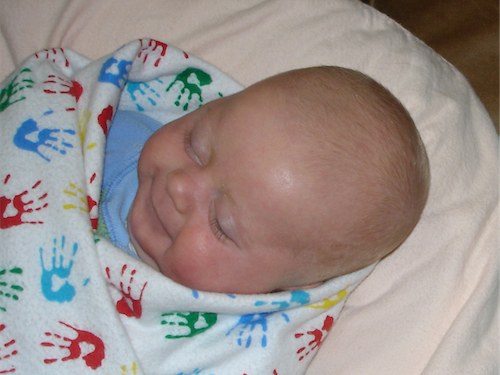 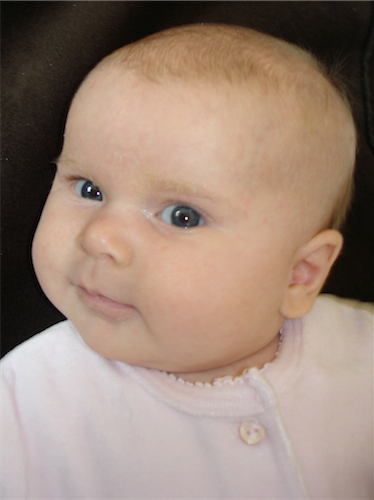 Hunter is now 10 pounds, 10 ounces.  Gracie maintains her lead by the narrowest of margins.  She's now 10 pounds, 13 ounces.
Just posted a couple of videos to our .Mac Web Gallery.  This is what I do to stay awake waiting on the late night feedings.  Enjoy!
Today's weigh in results:  Hunter weighs 10 pounds, 2 ounces!  Grace weighs 10 pounds, 8 ounces!  He's less than half a pound behind...
Ever since purchasing my iMac several months ago, I've been searching for decent OS X desktop blogging software.  After test driving several of the products on the market, including both MarsEdit and ecto, I have yet to find anything that I like as much as good old Windows Live Writer.  So, I'm going to keep using WLW.  I just got it running in "Unity" mode under VMware Fusion on my iMac.  So, now, it appears on my dock right next to all my other favorite programs.  Yeah!
Gracie and I played our first game of peek-a-boo, today.  I covered her face with a swaddle blanket, then pulled it back and said "peek-a-boo!" in a silly voice.  Grace seemed to love it.  She smiled every time I did it.  She even stuck her left arm up in the air like a tent pole to keep the blanket off her face.  She's also seems to be starting to smile on recognition of our faces, which is absolutely incredible. I'll catch a picture of one of these smiles eventually!  Until then, check out the new pictures I uploaded to the Hunter & Grace gallery.
This was a big week for Hunter:  He was circumcised on Thursday, and he had a hip ultrasound today.  Everything went well on both accounts. The circumcision was quite traumatic, both for Hunter and Mom & Dad.  It seemed as though he was in excruciating pain - except that he quit crying the moment we gave him some sugar water.  And, he only cried when the sugar water was gone.  All I can say is thank God I don't remember my circumcision!  And, thank God, he won't remember his!  (I know, I know.  TMI!) As for the hip ultrasound, our pediatrician recommended it due to the fact that Hunter was in a breach position at birth.  The procedure, which was over in less than 15 minutes, looks at the hip joints to make sure the sockets formed correctly.  If a fetus spends too much time in a breach position (folded so that their feet are up by their head), the hip joint can form a weak socket for the head of the femur.  In Hunter's case, everything looked good - just like the rest of him!
If you're out there, watching, lurking, viewing this site, take a minute to post a comment to let me know you care.  It's starting to feel like I'm talking to a wall.
Just posted a couple more shots, including this one entitled "Hmmm...": 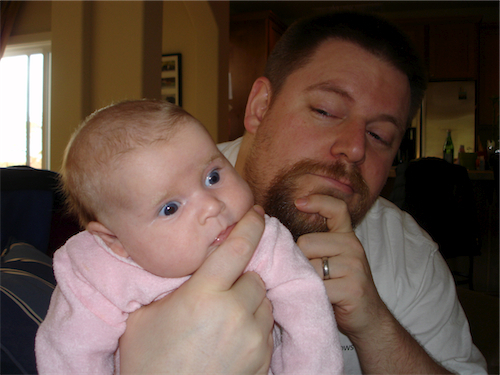 I've uploaded a few more pictures from Grandma and Grandpa Slater's visit with Hunter and Grace, including this one, which I call "Nap Time": 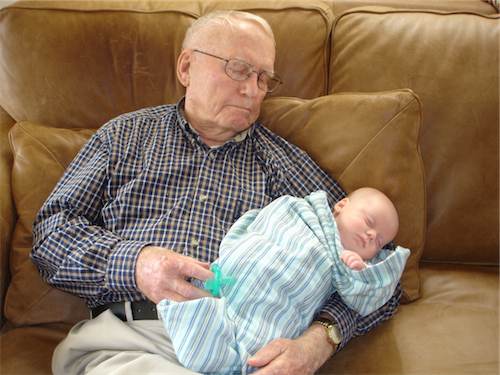